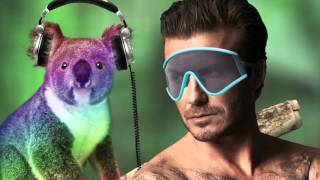 “A 10-day Normcore Bicycle Tour through the Australian In-Back.”

Australia is known around the world, as it well should be, it’s one of the Earth’s seven continents. And like any globally-known proper noun, a lot of what we think we know about Oz is only half true—if that. For example, those without firsthand knowledge might expect a land overrun by curious marsupials and legions of venomous snakes, a giant island beset on all sides by ravenous saltwater crocodiles and great white sharks. The uneducated might expect Foster’s to be sold at every shop, or assume the people of this land to be so exacting in their barbecue rituals that adding just a single shrimp to the barbie is a common, every day practice. We were not exempt: our heads were full of these and other whimsical expectations as we packed and prepped for our Australian Normcore Bicycle Tour. Okay that’s not entirely true, everybody knows the Foster’s thing is a myth but dude(s), WE DID expect to see at least one Koala. Dead or alive, it didn’t matter. That’s not true either, we hoped to see a living Koala in a living Eucalyptus tree. Point is, we were open to Experiencing & Exploring the real Australia exactly like Lewis and Clark (and the Corps of Discovery) Experienced & Explored the real Louisiana Purchase, in 1804.

That’s easy, but first some background. For a year now—basically throughout all of 2015—Yonder Journal’s Bike-Packing Campaign has been dominated by mountain ranges, weather and high adventure. You know, tough terrain in harsh environments. Everywhere we went it snowed, the air was thin, the animals were menacing, and by and large we were left to fend for ourselves. And we loved it. The rides, our experiences, the whole thing, it was dynamite, all of it. But Dead Reckoning isn’t JUST about a one-dimensional, stock-standard interpretation of adventure. It’s also about culture, and stuff. For example, Lewis and Clark didn’t shoot bears and ford rivers 24/7, they also traded with American Natives, participated in celebrations and rituals, and dedicated a large amount of time to observing (and recording) the natural world around them. Their purview; flora, fauna, mores, traditions, costumes, customs, all of it—EVERYTHING! Yes, they were in fact adventurers, but they were also anthropologists, archaeologists, botanists and emissaries.

And so, because it’s known for being warm, flat-ish—listen, we knew about the Snowy Mountains, it’s not like we don’t have maps for Christ’s sake (though maybe we didn’t appreciate the angles and the cumulative nature of gain in respect to “undulation”)—and rich in a culture similar-but-different to our own, we chose to explore Australia. And with an eye to truly experiencing Australia’s culture as much as to dominating its topography, we decided to travel as incognito as possible, as Americans on vacation! Thus, Dead Reckoning’s inaugural Normcore Bicycle Tour was conceived.

The only thing left: the creation of a rough Route Outline. We needed something well-researched and solid enough to deliver on our cultural corps of discovery mandate, but flexible enough to alter should we become tired, over-stimulated and/or bored. So we did what anyone would do in our situation, we emailed Stevan from Attaquer for some “on the ground” insights into the nature of his country, we contacted Chris Tank, our resident route-planner, and we did some interneting. Our research turned up a number of interesting things, and led us to our decision: Syd 2 Mel, a Normcore Bicycle Tour.

Plucked from a local store en route for a reasonable price. Could lead to being mistaken for a hunter (not a bad thing!). Says both, "I'm unique," and "I'm conscious of sun damage."

Basically from the future. Actually they literally let you see into the future. They also say, "I'm active AF but I also know what's up."

Curious about the world, deftly maneuvers a bicycle, enjoys sleeping in motels, great at cracking jokes.

The paradigm of traditional Normcore gear. Short sleeves say, "I can get after a Tom Collins," while the button up says, "What's your portfolio looking like?"

Originally intended to function under a pair of Modesty Shorts, we found them totally able to stand on their own. Pockets on the thighs and back for #FullCargo without a jersey. YOU NEED EM.

The Zio Ziegler Jersey and Karan Singh Cap form a potent combo. Draw some attention, make a statement. Be sure to be consistent with your cap loft.

Your bulky gear depository: clothes, bathroom kit, book, electronics, sandals, spare hat. You can lash objects to the outside.

This bag is great for holding stuff, which is what a bag should be great for. Food, emergency clothes—you choose. Leaves plenty of clearance for bottles.

Holds your water bottles—which you're going to need, it's hot down here, I mean look at this picture—plus it has a minitool for those quick adjustments.

Truly one of our favorite bikes. Comfy all day, descends like a monorail, hits gravel, dirt and pavement with aplomb. Tubeless Roubaix Pros, SRAM 1x11 Rival, it's everything you need.

If you visit Australia, be on the lookout for the stunning wildlife that teems the land. Unfortunately we had no trained guide to help us spot these creatures, which represent just a small selection of the diverse and fascinating biodiversity of Australia.