The MFS Kit Series
Since 2011, MFS has produced a litany of game-changing kits.

Showcase
The Vortex Kit What if the Federal Bureau of New Age Practices and Principles contacted us?

Showcase
Bandana Kit This is a kit with a design on it. 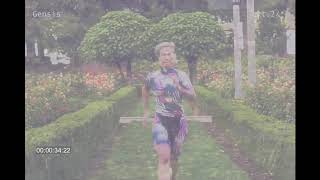 Showcase
An Illustrated Guide to the 2016 Surprise Me! Kit Looking back at the results of MFS Kit Series #1: Surprise Me!

Showcase
2016 MFS Kit Series #3: The Most Animal Inspired by some of the biggest animals in history

Showcase
MFS Artist Residency: Mike Perry There is no other street in Portland, Oregon that better exemplifies Chaos, Color, Motion

Showcase
MFS Artist Residency: Sigrid Calon Boredom is the well-spring of creativity and the harbinger of mischief

What if the Federal Bureau of New Age Practices and Principles contacted us? What if they said, “Hey, Mythical State Of, we’re interested in your Manual for Speed Artist Series?”

A Request from the FBNAPP

You see apathy, indifference, early-onset diabetes, heart disease, depression, FOMO, and countless other ailments, symptoms and diseases, are plaguing America’s youth. Hell they’re plaguing America, period. But the youth, the youth are our future. As such we, as a culture and a nation, need to guide them and instill in them a connection to the land, eachother, and the whole of humanity. John Muir got it. Roosevelt, with the creation of our National Park System, got it. Shit, even Nixon kinda got it. But by and large, in 2018, nobody, leaderwise, really gets it anymore.

What am I talking about?

Communing with nature is a essential part of the human experience. It’s not like it’s the biggest secret ever either. Just ask generations of hunters, river rats, swimmers, runners, cyclers, rock climbers, multitudes of various other recreators and ranchers and farmers and on and on and on. And that’s just instinct and proclivity-based behavior. In 2018 the science is in and it 10000% supports what some of us have known for years: Getting your adventure on is part of being a fully actualized human being, and beyond that it’s just plain part of staying healthy and happy. Doctors in Norway are starting to write prescriptions for hiking in the woods. And did you know bird song lowers your heart rate? Well, it does.

I know what you’re thinking, you’re thinking the “outdoors” is hot hot hot. Woods are trending. National Park attendance is through the roof. Trailheads are happening. We’re getting outside. Problem solved.

Sure people are, in fact, flocking in droves to Yosemite and Yellowstone along with countless other National and State parks. Yup. That is (technically) happening. But here’s what maybe you don’t know: 99% of them aren't leaving the parking lot. 99% of them are just taking selfies in front of geysers and famous rocks.

And the other 1% is going for a trail run with headphones on.

Bottomline, it’s not enough to just go outside. It turns out you gotta go inside the outside. That’s where you come in. We want Mythical State Of to help us promote a new addition to our National Parks and Monuments program: American Vortices.

1) Why is Vortexual Energy so important? Spirituality and the Collective Consciousness, that’s why. The healthful benefits of Wilderness and Outdoor Recreation are legion but it turns out that’s only part of the puzzle. The FBNPP has been conducting studies for over three decades and here’s what we’ve learned.
Spirituality is an integral part of Self Actualization.

2)If you want to eat sunshine, walk through walls, talk with the Allfather, levitate, manifest, experience the quickening, time travel, do alchemy, properly harness telekinesis and telepathy and remote view, etc., you have to go inside the outside.
3)American Vortices are not the ONLY places where this is possible but they’re 72% more conducive to “going inside the outside” than regular places like Cleveland or El Cap, for example.

How do we want you to promote AV? First, like everything else one might file under “excitement” we’d like you start by teasing an unexpected audience—Road Cycling and Gravel Cycling and Brovet Cycling. That’s right. Bikes. We’d like you to create an AV edition of the Manual for Speed Artist Kit Series. We’d like you to commemorate AV. The gift shop at Glacier sells Pendleton blankets and t-shirts with howling wolves on the front. What will the AV store in downtown Sedona sell?

What says get inside the outside?

In response to the Federal Bureau of New Age Practices and Principles’ request to “Gift Shop”-style commemorate the creation of the American Vortices National Park system, we contacted artist Dan Funderburgh. We said hey, Woo Woo is You You. Let’s talk Runes. Runes because they are an ancient and possibly (likely) magical collection of symbols and here’s the deal with symbols: they are a mark, sign or word that indicates, signifies, or is understood as representing an idea, object, or relationship. Symbols allow people to go beyond what is known or seen by creating linkages between otherwise very different concepts and experiences. All communication (and data processing) is achieved through the use of symbols. Which, Jesus, if that’s not clearly at the root of what this project is all about then I don’t know what is. And then Dan made this incredible pattern. And then we put it on a kit. And now you’re going to buy a kit and wear it and then through transference and casual visual optical osmosis spread the word to begin a “big upload” and upgrade to the Collective Consciousness that quite possibly, in part, will usher-in the next evolutionary leap forward for humanity.