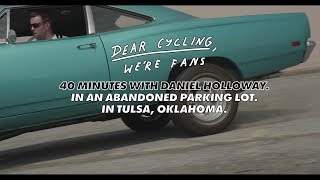 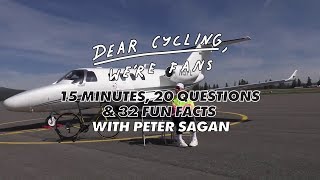 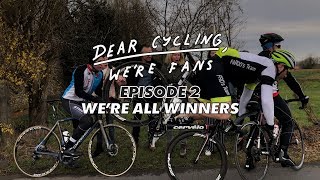 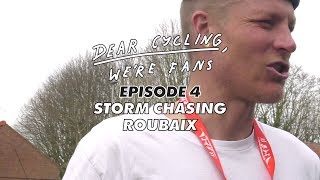 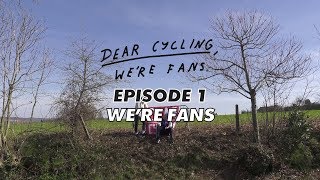 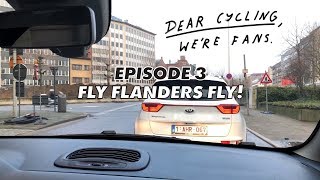 As you know we’ve been documenting the sport of Professional Road Racing for seven years now. When we started—if we’re being honest—we didn’t know shit about you really. We were life-long-ish participants, we’d worked in the “bike” industry, we’d raced here and there, we could maybe pick Jan Ulrich out of line-up, but that was about it. I mean, we had a sense that you were a big deal, an internationally relevant, oft-romanticized sport that potentially transcended athleticism and competition, like maybe you were a metaphor for humanity, maybe not, but the point is we didn’t really know how you worked or what made you tick. In fact that’s why we created Manual for Speed. To learn you. To make a contemporary study of your speed and spectacle, to figure you out.

But what does that mean; figure you out? I only ask because all these years and races and interviews and teams later we still don’t truly know shit about you. We’ve created High Points and Low Points, Fan Clubs, Human Athlete Visual Showcases, Typologies, Race Reports, so many Race Reports, Yo! MFS Cribz, Knife Fights, Most Animal Moments and on and on and on. We’ve lurked, peeked, watched, Othered, Gonzo’ed and all kinds of documented you pretty consistently now for years. And still, nothing. Strange, right?

What makes the whole thing even more curious is the fact that we’re professional documentors, this is what we do. This is, allegedly, our thing. Not only are we personally professional photographers and writers, we have crazy good access to videographers, website builders, graphic designers, illustrators, artists and musicians. To that point, over the years we’ve spent so much money and time and resources collaborating with countless talented artists to create some kind-of commentary or digestion or observation or whatever you would call it, about YOU. So it’s not like we didn’t try. And don’t let the sneaker obsession, selfie fetish and expensive leather hats fool you, we’re serious about this kinda shit, so it’s not like we didn’t care either. In our own way we’re trying to be preeminent.

“So here’s where I’m at: I think maybe we suck at journalism.”

Hear me out. I don’t think we suck at what we do, but what we do, it turns out, isn’t journalism. And when you dig into it a bit, it all kinda makes sense. We don’t love facts. We don’t care about the details. We don’t even necessarily love reality. We’re all about the vibe. We’ve been vibing on cycling this whole time. Which, that’s fine, vibing and news are kinda the same. Kinda.

Sometimes at night when it’s late and Keiran’s asleep and my laptop is handy and I’m feeling sad and unloved and suffering, probably, from nearly-clinical low self-esteem, I do what’s commonly referred to as a Deep Dive. On Manual for Speed. I basically take stock of all the shit we’ve done in the last seven years. And dude, there’s SO MUCH SHIT. We’ve done so much shit it’s insane. Anyway, the other night I was doing that, trying to figure out why we’re still doing this project, why so many of our more recent initiatives have faltered or failed or fallen flat, why our readership is down, why our relevancy is down, why we even bother. Why, why, why. Why? And in that moment I had a revelation. An epiphany. Essentially, for the last seven years or whatever it turns out what we’ve really been making is a sprawling, semi-episodic, multidimensional, fictional-non-fictional multimedia, performance-based Fan Art odyssey. We’ve been basically “fanning-out” this whole time.

“So this year here’s the deal, we’re going to focus on one thing this year. Everything else, every other aspect of MFS is cancelled. That one thing is called Dear Cycling, We’re Fans.”

What began as a Contemporary Study of Speed and Spectacle is now, seven years later, a sprawling semi-episodic Fan Art Odyssey. When and why it stopped being the one and became the other is not important. Had Emiliano and I, circa 2012, the time of MFS's inception, done a deep dive into our motivations and imaginations, literal facts and observations would not have been at the top of our list while lateral vibes would have. What are lateral vibes? Who knows, who cares? Whatever they are, the implication is this: it turns out we’re motivated less by the process—journalists with a journalistic POV inclined and committed to the documentation of reality—and more by our painfully simple Love & Fascination with the sport of cycling. For the athleticism and the competition, sure. For the history and romance, sure. Totally. But what about the Mutts & Butts, the French sneakers, the HARIBO-ejaculating and noise-polluting caravan, and the fact that watching dusty AF racers pound Fantas in a field among the dead and wounded NEVER gets old? It should, but it doesn't.

"What about how maybe just maybe professional cycling is the greatest expression of human capacity and the most beautiful metaphor for the human experience that we, as artists and thinkers and existentially-hobbled humans, can think of?"

We’re not journalists, in fact, when you think about it, we're incapable of journalism. We’re fans. Compelled to create something in response to what many call racing but what we like to think of as an amorphous constellation of extraordinary and magical moments, starring bicycle humans. Now that we’re clear about who we are—professional, possibly preeminent, Fans with a state-of-the-art website, best-in-class cameras and a network of artists, illustrators, graphic designers and bespoke leather hat makers—and what we’re doing—a meta Study of Fan Art—we’d like to introduce “Dear Cycling”; a multidisciplinary episodic artwork exploring Cycling Fanaticism.