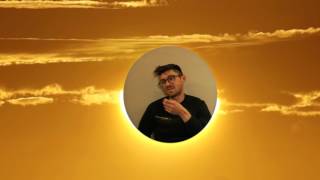 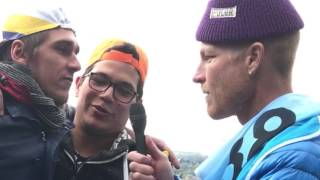 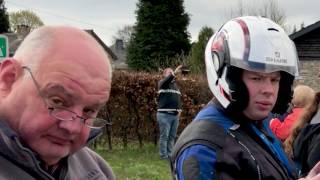 Cycling as we know it is under siege.

The quantitative armies of technical innovation, watt counting, complex algorithms, and game theory have been systematically attacking the soul of the sport. And by soul I mean the mystery, the surprise, the unexpected results that come about when you take a large group of highly competitive people on bicycles, have them ride a course littered with hazards and hurdles, and tell them that in the end only one of them can win.

Like with any competition, using systems and strategy is nothing to shake a stick at, in fact it’s expected. We expect it. But in the past decade or two, the hyper-implementation of these quantitative processes, brought on by the marvel of the digital age and an obedience to Moore’s Law, has created a palatable and deleterious effect on the wonder of the pro circuit.

What could be worse for a fan than the experience of watching a race wherein a rider just stares at his computer, a rider who lets his/her power meter dictate when to bridge to the break instead of relying on their gut?

This happens, this is happening. And what’s at stake here? The mystery of sport. Where’s the gambit in comparing graphs and tables? For anyone who believes that the magic of sport is the drama born out of not knowing the outcome, the quantitative approach is anathema. It sucks.

Thank your god for The Classics. Each spring, we welcome March with open arms and a hunger for the best racing of the year. What we get is a month and a half of races that promise mayhem. Races that embrace bad weather, horrible roads, and rabid fans. Races that mash these elements into a series of one-day, winner-take-all, anything-can-happen spectacles. Luck, surprise, and the unexpected are de rigueur. These are wide-open, no-holds-barred, street fight affairs where the lowliest domestique can find his way to the top step. Mat Hayman won nothing but Paris–Roubaix last year, just his eighth win as a professional since joining the ranks in 2000. Johan Vansummeren, Magnus Backstedt, and Servais Knaven have also won Roubaix, riders who by every technical measure should never have come close to winning the Queen of The Classics. Of course they’re pros and a pro is a pro, but even the worst gambler would have to be blind drunk to place a bet on their victory. That is the magic of The Classics. While stage racing allows nay demands conservative, clinically strategic racing in order to win, teams simply do not have the time and space to do it in the classics, there is no wiggle room.

Luck, chance, and surprise are an unavoidable result of The Classic’s design. A self-fulfilling prophecy.

That’s why we love the Classics. We come out of dark hibernation after countless mind-numbing hours spinning base miles on stationary bicycles in front of old episodes ofThe Eric Andre Show and Mega Machines. Like seasonal animals, we have an instinctual sense of what’s to come next: surprise and thrill. We know that no matter what the world tells us—who’s on form, who’s set to retire, who has a new wonder bike, etc.—that unlike Le Tour, these aren’t accurate predictive forecasts but simply additional fuel to burn on the bonfire of excitement and anticipation. To win a Classic you need luck, to watch the Classics you simply need to love the sport.

Interview
SA-5: Benedict Wheeler He is nothing but "The Unexpected".
Somewhere in the United States