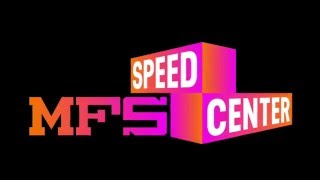 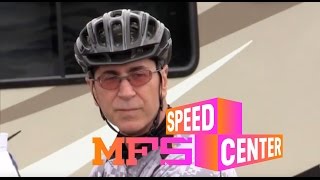 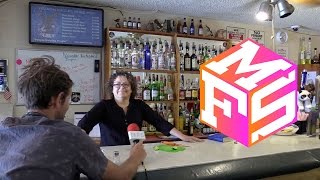 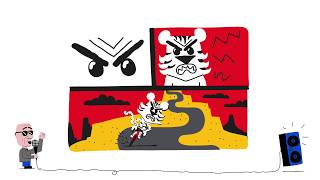 WIFI Details Come on. COME ON. I’d think that if you had the audacity to name your boarding house THE COMFORT INN, you’d have a particular focus on Comfort. You know what year this is? I’ll tell you, it’s 2016. I feel like I am talking to a chimp child here when I tell you that having functional high speed internet is a fundamental part of comfort in the year 2016. But it doesn’t seem like you get it. It took about 35 minutes to navigate and activate the minotaur’s maze you call your login protocol—only to get booted off immediately. Yes, you eventually provided me with a barely usable version of the world wide web, but this America. From what I understand we invented the information superhighway. I know that our bridges, roads, dams, rail system, sewers, electrical grid, etc. are in dire need of maintenance, but I would hope the hallowed Internet would have been saved this fate. But here I am, day two of an eight day tour basically in Silicon Valley and the internet, we’ll she’s a-stinkin’.

Weather California is suffering from what they’ve dubbed May Gray. The marine layer is passing out on the southland and this means the mornings are filled with flat light and the need for a light jacket. Fortunately, the marine layer slinks off by the afternoon. Unfortunately the sun seems to feel like it has something to prove, and this afternoon the light was BRILLIANT.

Last night, after eating an entire half chicken, an avocado salad, half a white onion, a plate of white rice, a bowl of beans and two orders of plátanos from Versailles, a decaf venti americano from the Starbucks on Robinson and Pico, and after six hours of blogging in my internet suit, a shower, some lite flossing, a game of iPhone chess (level 950), and a melatonin from my suitcase, I went to sleep for four hours before waking up in a hotel room in Pasadena next to Kyle, who was there when I went to sleep, and Rebecca, who was not, who was new, and so then we were three, which three of us went immediately to Starbucks #1 on Fair Oaks. Feeling rough. Planning ahead. I order one coffee plus a replacement should the first break. And a banana. I’m wearing pants because the weather in Southern California in the morning is misleading. The only interesting things about the start are the very active train tracks running through the center of it and a conversation with Nathan Hass about Bernie Sanders.

We drive through the Rose Bowl, everyone is a lady, and every lady has a dog.

We drive up the mountain on the 2 into denser fog. At the first KOM we stop. Sam, Ian, an interesting interaction with a CHP brü, Yanko!!!!!!, a conversation about skateboarding, catching up with the Raging Stag, the race comes past, break. The course does a loop, they go left we go right. We drive to the second KOM then leave because it’s boring. We head back the way we came to a turn-out, then another, then another, then another, then back to the second one, then back to the first one, then turn around and onto the next one, the fifth one, then back to the third one, the one with a dude sleeping in it. It’s sunny now. Wait for the race. It comes. I photograph it. In the process I can’t be sure but it looks like Taylor Phinney is looking down on me. Surf the back of the race to the completion of the loop. The race goes right, through Angeles Crest, we go left, back down the front of the mountains into the back of Pasadena. Surf CHP on the 210 the whole way to Santa Clarita. Rolling escort, weird. Hazards on. Traffic. Park. This morning’s banana is thin, real thin. Buy a coffee, discover my flash is broken, feel persecuted, send texts, make calls, deal with this personal low point, waning PMA related to flash, find Sam, swap flashes for his superior unit (DUDE, THANKS), Ben rounds the corner at my feet in front of the whole entire race, because he won it.

It’s hard to explain but I’ll try. Everyone in every direction is beyond excited for Ben. Everyone in the race, everyone watching the race, everyone working the race is ecstatic. There is much hugging and kissing and, I suspect, crying. The mood is jubilant exactly like when the Galaxy celebrates on Endor: Luke is reunited with this companions Han, Lando, the droids, Chewbacca, the surviving Rebel fleet, the Ewoks, and his siser Leia. In fact, I was able to photograph the spirits of Obi-Wan Kenobi, Yoda and a redeemed Anakin Skywalker as they gathered around Ben and escorted him from the Podium Zone to the Press Conference. Listen, all joking aside, the world loves Ben because Ben.

I hugged Ben for me. For you. For everyone. We shared smiles. I asked him how he did that, I reminded him that breaks don’t stay out, like, they just don’t. It’s not how racing works, so like, umm, dude, wow, how!?

I don’t know, I mean that’s not supposed to happen but it did.

A Manual for Speed Pilot Program for a New Classification

Manual for Speed has been commissioned to introduce a new race classification category called “Most Animal.” Points for the classification will be awarded on the basis of style, swagger, and grit. We’ve assembled an elite group of expert analysts who will be assessing and assigning points for performance. The most animal jersey for ATOK will be awarded at the end of the race.

In the break, hamming it up for the camera, smiling and throwing peace signs before winning the stage, all after an insane injury early in the season while training.

Making riders give back their empties. Not necessarily animal, but interesting. Likely because their bottles are all in Europe.

Crashed on the descent, looked straight up loopy and unbalanced (like he was about to start walking around in circles), sat up on the hood of a car, took his sweet ol’ time, got back on the bike and was back to the peloton in like two minutes.